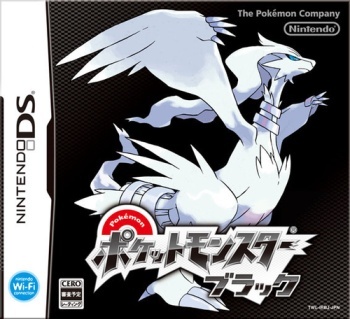 Nintendo has threatened a couple of Pokemon fan sites with a hardcore legal smackdown for posting images taken from the upcoming Pokemon Black & White.

Pokemon fan site PokeBeach put up some images of all the new Pokemon that will be showing up in the new Pokemon Black & White. Nothing too remarkable about that; videogame sites, and especially fan sites, make a habit of digging deep for the latest and greatest information about upcoming games and publishers generally seem happy to take advantage of the free publicity. But not Nintendo.

Over the weekend, Nintendo fired off a letter to PokeBeach and fellow fan site Serebii asking them to remove the images from their site and threatening dire consequences if they failed to comply. The company said it appreciates their "interest in and support of the Pokemon game series," but that their publication of the images violates Nintendo's copyrights and has the potential to cause it "substantial damage."

"We have accordingly submitted a copyright infringement notice to your domain registrar under the Digital Millennium Copyright Act, and anticipate that your website will be taken down shortly. We encourage you to immediately remove from your website all graphics, screenshots, and other protected content taken from the Pokémon Black and Pokémon White games," Nintendo wrote in the letter.

"Your full and immediate compliance with the foregoing should render further action on Nintendo's part unnecessary," it continued. "It is essential that we receive your written response confirming that you have taken these necessary actions by Sunday, September 19, 12:00 p.m. PDT, however, or Nintendo will have no choice but to consider its alternative legal remedies."

Both sites complied with the demand, quickly removing all offending images, although PokeBeach administrator "Water Pokemon Master" betrayed a certain understandable bitterness over the whole thing. The site has been renamed from PokeBeach to PokerBeach, "since we figured using 'Poké' also has the chance of causing substantial damage to Nintendo's property," and he encouraged everyone else on the net to do the same.

"We hope that all English-speakers will remove images of Black and White from their websites, forums, blogs, YouTubes, Facebooks, instant messages, e-mails, homes, and minds since under law Nintendo has the right to declare any media they want, on any website they want, illegal and out of the domain of fair use," he wrote. "We hope everyone will comply with their wishes or Pokemon may end up in the gutter, since covering and advertising new games for free is obviously counter-productive to Nintendo's sales."

Ouch. Somebody's not happy. Pokemon Black & White came out in Japan on September 18 and is set to launch in the rest of the world in spring 2011.