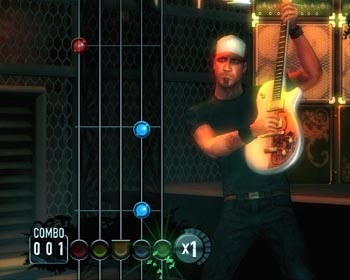 Suddenly, everyone's getting along and nobody is suing one another.

Remember how, back in 2008, Konami sued Harmonix because it claimed Rock Band violated certain patents? And the lawsuit that Harmonix filed against Konami over Rock Revolution? Well, it turns out everything's been settled.

Personally, I'm a little disappointed: I would've liked to see Konami get some sort of legal spanking for unleashing Rock Revolution on the general gaming populace, though the fact that the game reportedly sold less than 3,000 copies across all platforms is probably punishment enough.