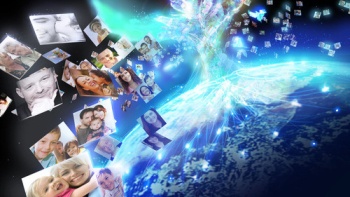 The creators of Child of Eden want to use your favorite photographs as a morale booster while you speed through their final level.

Have you ever wanted to show up in a videogame? While an epic role-playing game based on your life will probably never be made, there is a chance that you could wind up in the upcoming shooter - and spiritual sequel to the cult hit Rez - Child of Eden. To better convey the dual themes of hope and happiness, Child of Eden's creator's are soliciting photographs of players' happiest moments to seed throughout the game's final level.

This initiative, called "The Journey Project," will build a virtual mural out of photographs submitted by Eden fans. To participate, all you need to do is upload your favorite photographs to the official Child of Eden website starting this afternoon.

Tetsuya Mizuguchi, Creative Director on Child of Eden, made it clear that the themes of the game are "hope and happiness," adding that he wants "players to experience happy feelings every time they play the game." He hopes to better convey that theme by layering the final level with these user-submitted photos.

Are you wondering what to submit? The game's developers are looking for any photo that conveys "good vibes," which apparently includes smiling faces, beautiful nature shots, stunning landscapes, and other happy or positive images. A couple of fantastic choices might be your son's first birthday or a picture of that time that your cat wore a Batman cape. Pictures from an oil spill or films involving the Rez vibrating controller, on the other hand, should probably be left on your computer.

I'll leave that decision up to your own discretion, just make sure that you get those photos in before submissions close on November 20th.

Child of Eden will launch early next year for the Xbox 360 and PlayStation 3.