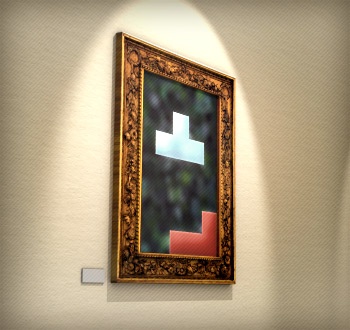 Is Tetris just a simple puzzle game, or a complex critique on stressful modern living? Perhaps, it's a little bit of both.

When discussing the cultural impact themes of videogames and what they have to say, the conversation tends to focus on games with complex narratives like BioShock or Silent Hill 2. But in Issue 273 of The Escapist, Robert Buerkle makes the case that a game that is outwardly more simple - Tetris, to be precise - can still be interpreted in a lot of different ways.

Imagine that I tell you about a particular creative work that has been engaged by millions upon millions of people all over the world. Many people interpret it differently - as emblematic of contemporary existence, as an unachievable fantasy, as political allegory, or as a metaphor for life itself. Yet although inviting a wide variety of interpretations, in truth, there is no singular or "proper" way of comprehending the piece. It is a work that haunts people's dreams and that changes the way they look at the world, a work that people find themselves coming back to again and again. And though different people have different opinions or reactions to it, there seems some universal quality about this work that speaks to everyone familiar with it in some powerful way. Sounds like we ought to put it in a museum, doesn't it? I'm talking, of course, about Tetris.

Over the years, a variety of players and critics have offered their own "reading" of Tetris. Literacy scholar James Paul Gee, for example, sees Tetris as an obsessive-compulsive fantasy unattainable in our haphazard lives, offering a satisfying perfection where everything fits together. By creating a smoothly logical world ruled by a comforting sense of order, Tetris allows "an escape into the very desire for order, control, and workable solutions that we have all the time," according to Gee, "a desire often frustrated in life, but never in Tetris."

Tetris has been interpreted by professors, writers and philosophers, and Buerkle believes that the game should be treated like a piece of modern art. You can read more about what Buerkle has to say about the game in his article, "Tetramino Falling."