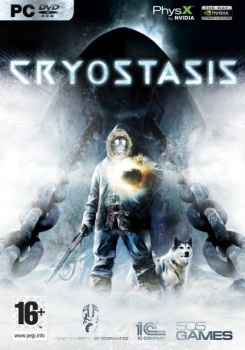 The head of Russian videogame giant 1C Company says it's almost impossible to make money on big-budget games because they cost so much to make but nobody wants to pay a decent price for them.

1C Company may not be immediately recognizable to most Western gamers but over in Mother Russia, it's a big deal. It's a huge player in both the business and entertainment software markets, developing and publishing games as well as localizing major Western releases for Russian audiences. But in spite of its size, the head of 1C's gaming division says the company hasn't made a push to become a major, big-budget publisher because it's just too difficult to make money that way.

"I think the industry is in such state now that it's almost impossible to make money even on a good game," Nikolay Baryshnikov told GamesIndustry. "Because marketing budgets are tens of millions [of] dollars, consumers are expecting that they're going to pay $40 or $60 and get amazing things. Hundred hours of gameplay, tens of thousands of hours of DVD footage, super multiplayer..."

"If we did this it would be, I don't know, $200 million... If we produce something of great quality but it lacks this component or that component, then the press says, 'Oh, 85 per cent. I played the game, it's kind of nice, but it has no video or any of this'," he continued. "And the consumer says, 'It doesn't have multiplayer, I'm not going to buy it.' So it's Catch-22."

1C Company is probably best-known outside of Russia for the well-respected but long-in-the-tooth flight sim IL-2 Sturmovik and its numerous sequels, but its bread and butter comes from less mainstream titles like Theater of War, King's Bounty and Achtung Panzer. The focus on niche titles has served 1C Company well and Baryshnikov predicted it would continue to stick with that strategy.

"We've been successful in niches, and I think that's a good way for us to go. Try to find a niche like we did with IL2 or Rig'n'Roll or Men Of War, and try to get to the top three in the niche," he said. "Not compete with hundred million dollar development, with Call of Duty 7 - but make the best game and target it at much smaller groups of fans."

Baryshnikov's comments provide an interesting contrast to those of Ubisoft's European Managing Director Alain Corre, who said in August that the only way to make money in the videogame business is to focus on a small number of popular, big-budget titles. "The games that are not triple-A are not profitable anymore," Corre claimed. "When you have a triple-A blockbuster it costs more money to develop, but at the end of the day there's also the chance of a good return on it because there's a concentration at the top of the charts."

Baryshnikov admitted that 1C Company feels the squeeze of that "concentration" on chart-toppers, which makes it increasingly difficult to attract gamers with new, untried properties. "It's very sad that [the] current market isn't only about games - almost any consumer product, it's about marketing money. The quality of product is not the main decision for the consumer. 'It's in all the channels, my friends brought it, I have to buy it'," he said. "That's crazy, how we have to compete not against great ideas, great graphics, great storyline but against spent money."