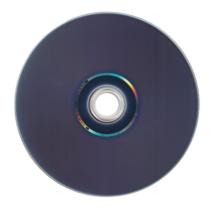 Consumers are starting to accept the virtues of the Blu-ray Disc format.

Microsoft might not be a fan of Blu-ray Discs, but U.S. consumers certainly are. A report by Home Media Magazine says that Blu-ray players such as the PlayStation 3 are in 17% of U.S. homes as of July 2010.

This is double the number of people that had accepted Blu-ray into their homes in 2008, but don't throw a party just yet, because for Blu-ray prices to truly come down the format will have to get closer to the 95% of market penetration that the DVD currently has. As a comparison, Netflix is in 15% of U.S. households, and Apple-based computers in 12% versus Windows-based PCs in 85%.

While two PlayStation 3's were once sold for every standalone Blu-ray player, those numbers are now starting to shift. In the past six months, the percentages of people watching Blu-ray movies on primarily a PlayStation 3 or a Blu-ray only console have changed to 47% and 45% respectively.

There was an indication that wealthier households with children prefer the Blu-ray format, which makes perfect sense considering wealthier people can afford the somewhat more expensive Blu-ray movies and HDTVs. Blu-ray households also notably showed an appreciation for digital downloads, with the percentage of people owning a Blu-ray player that downloaded a movie at 25% versus 15% of DVD owners, and 13% versus 6% for video-on-demand film viewing.

The PlayStation 3 is no doubt skewing these statistics a little, but the increase in sales of standalone Blu-ray players versus PS3s can't be faked. Blu-ray households even seem to still prefer DVDs over Blu-ray Discs overall according to the report, indicating that Blu-ray movies might need to come down in price if they are to be truly accepted by the mainstream.