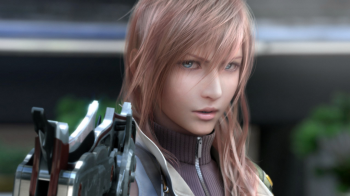 Square Enix producer Yoshinori Kitase just wants his characters to have happy endings, even if it means making a whole new game.

Despite the vast number of Final Fantasy games, there are relatively few that you could consider to be true "sequels." In fact, there's really only ever been one, and that was 2003's Final Fantasy X-2. Kitase has said that he'd be keen to make double that number by making Final Fantasy XIII-2, but in order for it to happen, the fans would have to have to want it.

Kitase also explained what happened to the FFXIII DLC. He revealed that there were originally plans to have an area called the Seventh Ark, where players could engage in quest-like battles, but quality concerns, and the vastly different requirements needed to get content approved on Xbox Live and PSN, meant that it was never released. The decision was made that it would be better to move on to the next project, although FFXIII director Motomu Toriyama said that the new game will incorporate some of the ideas that didn't get used as DLC.