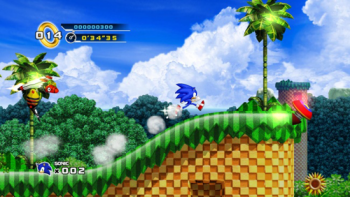 The 3DS might not have blast processing, but Sonic the Hedgehog creator Yuji Naka still thinks it's a good deal. In late September, Nintendo revealed that the 3DS would cost ¥25,000 ($300) in Japan, though Naka recently told CVG that he expected the glasses-free 3D handheld to be priced even higher.

$300 isn't exactly chump change, but the Wii was also priced at ¥25,000 in 2006, which equated to about $210 four years ago, so current conversion rates might be more responsible for the seemingly high price than anything else. Naka believes the price is fair because it's a "great machine."

"Apart from the gaming functions I like the communication functions and at the same time as a creator I definitely want to do something using the platform," he added. Naka is referring to the 3DS's new and improved wireless communication feature that can "talk" to other 3DS systems even when they're asleep to add or receive unique content.

The 3DS has surely grabbed the attention of developers that want to create brand new franchises, or at least update old ones to be seen on a small 3D screen. Naka also said he wants to "come up with a new game for the 3DS" because that's what it "deserves."

The 3DS is said to be more powerful than the Wii, which would make it Nintendo's most powerful system ever, so Naka isn't crazy in thinking that it should cost as much as or more than the Wii at launch. And while he has a point, I know that I'm not spending a penny over $249.99. Er, I mean, $199, if Nintendo's listening.