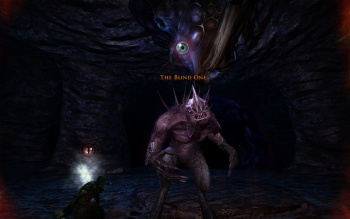 Lord of the Rings Online has become the second Turbine MMO to prove that sometimes, the best way to make money is to give it all away.

It's the paradox of MMOs: Sometimes you can make a whole lot more money by charging a whole lot less. It's a concept that's been slow to catch on with Western MMOs, which have traditionally focused on subscriber-based payment models, but Turbine turned things around completely for Dungeons & Dragons Online by making it free-to-play and now it appears to have done the same thing for Lord of the Rings Online.

Turbine announced in June that LOTRO would drop mandatory monthly service fees in favor of a microtransaction-based model with "a la carte" account upgrades and a VIP subscription option for fans who want it all, and so far it seems to be working out pretty well. Executive Producer Kate Paiz said at GDC that revenues have doubled and more than a million new accounts have been created since the change, while peak concurrency (the number of players online at the same time) is up by 300 percent and the number of total active players has jumped by 400 percent.

Perhaps most important of all, 53 percent of players have purchased something from the in-game store, and even the number of paid subscriptions are up. "When you tell people you no longer have to pay for it, they come in droves," Paiz said.

Imposing such a dramatic change can sometimes have the appearance of desperation but Paiz claimed that LOTRO wasn't struggling under the subscription model; Turbine simply felt that dropping the subscription fee would prove to be a more profitable approach. "We knew there was more out there for us," she said. It's hard to argue with success, and getting easier to see a future in which "free" MMOs are the rule, not the exception.