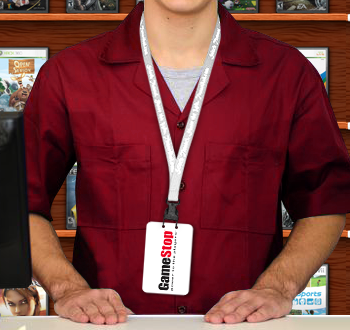 Don't want your trade-ins to cost you money? Then you'd better look after your games.

Working at GameStop isn't just about gutting new games and placing the empty boxes on the shelves, there's a whole world of duties and responsibilities that come with wearing that nametag. For example, you have to deal with customer trade-ins, which as Scott Jones reveals in Issue 274 of The Escapist, is enough to make you lose faith in humanity.

[O]n the rare occasion that a used game actually did still have a manual - glory be - the booklet almost always would appear to have been gummed by an rabid pack of toothless St. Bernard's for several hours before being fed into an underpowered wood chipper. Translation: the manual was in terrible shape. Game boxes were in rotten shape, too. Boxes were almost always cracked or crushed or discolored from being left in the sun. Another digression: WHO THE FUCK LEAVES THEIR FUCKING GAMES IN THE FUCKING SUN?

Answer: apparently, a lot of people do.

Finally, let's discuss the game discs themselves. These magical, silvery, shiny, delicate objects that contain so much precious data? Millions of lines of code that hundreds of people labored to write, all in the name of creating magical fantasy worlds for you to explore and escape into and get high scores and save the princess in? More often than not, these objects, which are so very precious to me personally, had scratches on them that were as wide and majestic as the Hudson River itself.

Universal truth: People do not take care of their games. At all. Ever.

Dealing with pre-owned games wasn't all bad. Occasionally there was the rush of crushing a customer's spirit by offering him or her pocket change for a game that cost $60 when new, but alas, those moments were fleeting and ephemeral. You can read more about it in the second part of "Confessions of a GameStop Employee," which chronicles the experiences of "Ben" as he toils in unforgiving world of videogame retail.