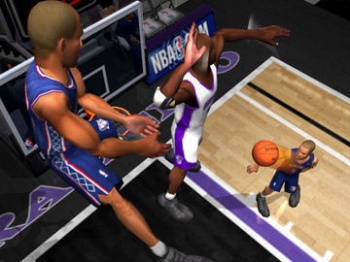 It's not uncommon to hear people complain about the bad apples of the Xbox Live or PSN, and between the name calling, the racism and the homophobia, there's plenty of reasons to avoid playing online. EA Sports' Trey Smith is even less keen on it however, saying that the negativity online is one of the biggest problem facing gaming at the moment.

It wasn't every gamer that Smith had a problem with, and he felt that the facility to play online, especially co-operatively, was one of the best things to happen to gaming in recent history. Smith's issue was with those who spent their time "spewing ignorant hate on the boards and in online games." He thought that rather than spending so much time being negative and antisocial, gamers should be working to build welcoming communities around their favorite games, and used the PAX conventions of the type of positive community he was referring to. He said that there was no problem with a little smack talk now and then, but he wished that gamers had more respect for one another.

There's not many that are going to argue with Smith: having cohesive and positive online communities for our favorite games would be wonderful for all sorts of reasons. Sadly, figuring out how to get millions of largely anonymous gamers to be nice to each other is a puzzle that is yet to be solved.