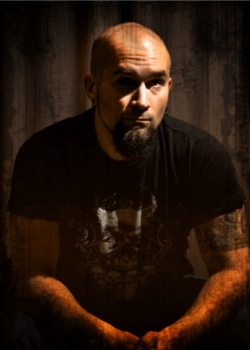 Just a few days after tweeting that he was "roofied" by someone while out for a night on the town, Gears of War composer Kevin Riepl is on life support and facing surgery.

On the night of October 5, Riepl, whose credits also include Crackdown 2, Unreal Tournament 3 and Tetris Evolution, tweeted that he was out with some friends for a screening of filmmaker Steven C. Miller's short film Granny. All appeared well, if perhaps a little inebriated as the night wore on, until his final message for the evening went up at 1:20 am on October 6. His Twitter account then went silent until 3:42 that afternoon, when he wrote that he had an "awesome time" the night before. He also noted, almost as an afterthought, that he believed someone "roofied" him after the screening, writing in a follow-up tweet, "Something's effed up. Like literally. Something knocked me out."

Then things took a turn for the bizarre. By 9:57 that evening, Riepl was in the hospital. An MRI came back negative and Riepl seemed in good spirits, tweeting, "I think @stevencmiller's short nearly killed me!" But 24 hours later, his wife Tracy had taken over the account. "kevin is in the hospital & on life support. he has the BEST team of doctors in LA county. he is getting surgery on monday," she wrote. In an update posted earlier today she tweeted, "kevin is still sedated while on life support but was more responsive to family in the room."

There's been no word yet as to what the cause of Riepl's sudden illness could be, but he's scheduled to undergo surgery tonight. All of us here at The Escapist extend our best wishes and hopes for a speedy recover to Riepl and his family.

UPDATE: Riepl's wife tweeted this morning that he made it through surgery but will remain under heavy sedation for the next 24 hours. "he pulled through surgery...did i not tell you he was a FIGHTER? :-)" she wrote. "just want to thank all of you again for your kind words, prayers & thoughts for my husband. it means more to me than you'll ever know."