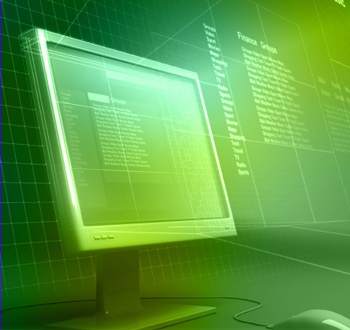 A computer at Carnegie Mellon called NELL thinks that "persistent cookies" are a baked good and that the First Amendment is a musical instrument.

NELL stands for Never Ending Language Learner and it has been reading the internet for the last few months. Since it was switched on, NELL has learned 440,000 iotas of information with an accuracy of about 74 percent. Not bad for a computer, that's better than my GPA in college. NELL deduces whether things are true if the knowledge comes from a trusted source, or if it's corroborated by several lesser sources. Such information is then raised to the level of "beliefs" and put into NELL's permanent database. Unfortunately, some of the things it has learned are hilariously wrong and there is no programming to "unlearn" its beliefs.

For example, NELL knows that cookies are a baked good but then it assumes that persistent cookies are delicious and tasty as well. Klingon is not an ethnic group, despite several sources on the internet claiming that it is.

NELL knows that Risk is a boardgame but it incorrectly believes that security risk is also a boardgame. Maybe it's on to something, I might want to play a game called Security Risk where your armies are malware programs killing viruses... Maybe not.

Hilariously, NELL doesn't do well with the Bill of Rights. It thinks that the First Amendment is a musical instrument, that the Second Amendment is a hobby, and it refused to divulge any information about the Fifth Amendment at all.

The scientists behind NELL expect the learning curve to be quite steep when it comes to gleaning information from the internet. It's also learning quite a bit about the English language from these disparate sources and the mistakes it makes are understandable. "One might expect a nonnative reader of English to make similar mistakes," one researcher said.

Despite the funny misconceptions that NELL has, it's clear that our robot overlords are using the internet against to further it's A.I. development. Recommendation: Wipe the Internet clean before NELL learns everything there is to know.