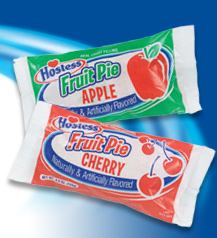 Epic Games designer Cliff Bleszinski has evidently been dragging the Gears of War series down ever since he became addicted to fruit pies.

Alleged EA insider "EA Louse" isn't the only one airing the dirty laundry of the company he works for. An anonymous employee named "Anonymouse" that works alongside Cliff "Cliffy B" Bleszinski at Epic Games on titles such as Gears of War has revealed that the longtime game designer has a terrible addiction to fruit pies, and it's dragging the company down.

"Everything you think you know about 'Cliffy B' is a lie," Anonymouse wrote in an exposé. "He is hopelessly addicted to Hostess Fruit Pies and it is ruining his life."

Anonymouse points out that many design decisions implemented in Gears of War and Gears of War 2 were made not by Bleszinski, but by the "20 lemon flavored Hostess Fruit Pies" he was consuming "every day." He says the choice to include female soldiers in Gears of War 3 after keeping them out of the first two titles was made because "[Cliffy B's] brain is wired differently since he switched to Cherry flavor Hostess Fruit Pies."

And who knows what could happen if Bleszinski switches flavors again. Anonymouse reveals that "few other people have noticed the piles of empty wax paper wrappers tucked away in Cliff Bleszinski's closet," so this is an addiction he's been able to keep secret for years. You've got to wonder how someone can function when pumped full of so much tasteless crust and artificial fruit filling.

Anonymouse could be an employee with an axe to grind with Bleszinski, or he could know exactly what he's talking about. Or this could be an obvious joke in response to recent anonymous videogame industry bashing, and a funny one at that. You decide.

UPDATE: Bleszinski has tweeted: "I hang my head in shame, for it is largely true." Guess this isn't a rumor after all.

Escapist Podcast: 068: The Bell Tolls For the Twinkie Team Hollywood 61 Comments
Comments on