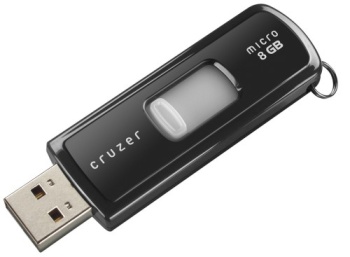 A university professor in Sweden has "hope for humanity" after the thief who stole his laptop backed up all his data and mailed it to him on a USB stick.

Having your laptop stolen sucks, but what really hurts is the loss of everything on it. Whether it's family vacation photos or the sum total of your life's work, that's stuff that you just can't get back unless you're seriously conscientious about making backups. And come on, who does that? So when a Swedish professor discovered that somebody had swiped his laptop, he was understandably crushed.

The anonymous professor, who'd recently undergone surgery, decided to leave his backpack, containing keys, credit cards, various documents and his laptop, behind a door in the stairwell of his building while he popped into the laundry room. Bad move: When he returned, it was gone.

He reported the theft and canceled his credit cards, but it was the loss of his "irreplaceable" calendar that really hurt. "It is my life," he said. "I have documented everything in it that has happened in the last 10 years and beyond."

But in a surprising turn of events, when he went back to the stairwell a little later, most of his stuff was back. "The backpack was there again. With all the papers, calendar and credit cards. It was just the computer that was missing," he said. "Unfortunately, I have been bad at backing up my computer."

Luckily, he'd been robbed by the World's Most Considerate Thief, because about a week later a USB stick containing all of his documents and personal files was delivered to his home. Despite the loss of the computer, the professor was "delighted" with the outcome, noting that laptops can be easily replaced but what's on them often cannot. "I am very happy," he said. "This story makes me feel hope for humanity."

Aside from the laptop, the only other stolen item that hasn't been returned is the professor's library card. "Perhaps the thief needs to improve him or herself," he said.