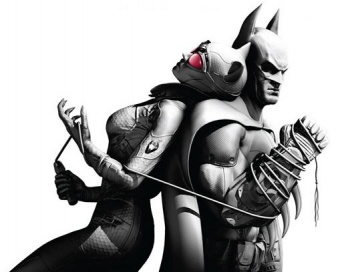 Insiders suspect that the next Batman movie will feature one the finest love/hate relationships ever seen in the world of comic books.

Director Christopher Nolan is auditioning a number of young ladies for a part in the upcoming third Batman movie, but apparently isn't telling them what part they're actually auditioning for, leading to speculation that these calls are to find the perfect Selina Kyle, better known as Catwoman.

Nolan is reportedly looking for a woman either in her late twenties or early thirties, and isn't necessarily looking to cast a big name in the role. According to movie website Moviehole, certain qualities possessed by some of the women Nolan is seeing is being read by insiders as a sign that the part they're auditioning for might be Catwoman. Moviehole has apparently talked to some of these women, but they have asked to remain anonymous, making it impossible to ascertain whether there's any substance to the speculation at all.

I'm torn on the idea, because the fact that some of the women Nolan is seeing might make a good Catwoman is incredibly thin grounds to base a rumor on. Let's face it, not that long ago, someone thought that Halle Berry would make a good Catwoman. The simplest explanation is that Nolan is looking for a female lead to play opposite Christian Bale's Bruce Wayne, likely in some romantic capacity.

But at the same time, it's not hard to see how Catwoman might fit in to the movie. The end of The Dark Knight - and if you haven't seen it, you might want to skip ahead a few sentences - saw Batman almost entirely alone, with the cops after him and the love of his life dead. A woman who knows what it's like to be on the run from the law and isn't going to get herself kidnapped by a crazy person might seem awfully appealing to the Dark Knight, even if she is a criminal.

Until there's an official announcement, it's complete conjecture no matter what scenario you construct, so hopefully we'll learn more about it soon. The third Batman movie is scheduled to arrive in theaters in 2012.