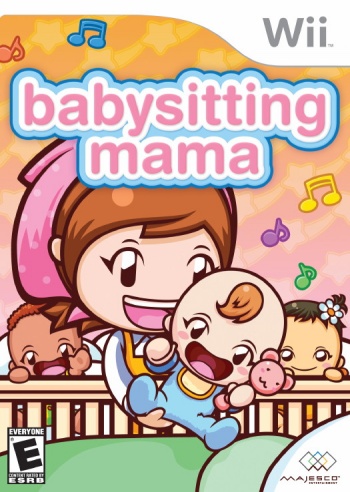 Looks like in addition to babysitting and cooking with mama, you will now be able to camp with her too.

The Cooking Mama Ltd. filed a trademark for Camping Mama in the U.S. this week. Last year, it was reported that the company responsible for the Cooking with Mama games had trademarked Babysitting Mama and a game by that same title was announced at this year's E3. Now, the United States Patent and Trademark Office website states that the trademark for Camping Mama was received on October 22nd, 2010 and granted today. Does that mean we'll see a Camping Mama game next year?

I have to admit that I have a morbid fascination with the whole Mama series. The first game was actually kind of endearing in its Engrish and it used the Wii Remote in an original way. Playing with my younger nieces and nephews was a blast and I wouldn't be surprised is it encouraged one of them to pursue the actual cooking that he enjoys today.

What would a Camping Mama minigame be like? Will you make fires or chop wood? Will Mama coach you on roasting marshmallows and making s'mores? I could totally see a minigame spraying yourself down with bug spray. What about getting drunk on PBR, pissing on the fire, and knocking down the tent before passing out on the wood that you just chopped?