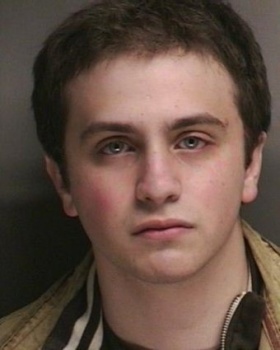 The guy accused of trying to steal Breach at PAX East has been placed on "pre-trial probation," which means that this whole mess will go away as long as he's a good boy for the next couple of years.

On last week's exciting episode of Guilty von Dumbass: Criminal Mastermind, gamer Justin May was accused of trying to steal the unreleased online FPS Breach from the Atomic Games booth at PAX East 2010. It looked like he'd gone on the lam when he failed to show up for his appointed court date, although that turned out to be a Modern Warfare-induced brainfart; May quickly rescheduled for a date in May, for which he showed up and pleaded not guilty.

But instead of the high-intensity courtroom drama we were looking forward to, it might all soon be forgotten if May can keep himself out of trouble for awhile. On Tuesday at Boston Municipal Court, the accused thief was put on pre-trial probation, which according to Suffolk County District Attorney Press Secretary Jake Wark means he must "stay in school, not re-offend, stay off of Xbox Live web sites and forfeit his computer, which was seized at the time of his arrest." If May sticks to those conditions for 18 months, the case will be dismissed; if not, he'll be "put back on track for trial."

It's a bit of slap on the wrist, but as Wark pointed out back in April, "We aren't exactly dealing with John Dillinger here, you know?" And on the other side of the coin, 18 months of no Xbox Live and no PC won't be a lot of fun for someone who owned a "modded Xbox 360, modded PSP, modded DS," laptops and more when he was busted. Either way, Atomic Games President Peter Tamte seemed satisfied with the outcome.

"Our request of the District Attorney was that they treat this case just as seriously as if Justin May had stolen some very expensive tangible goods. In other words, we requested that they not treat the theft of intellectual property any differently than they would the theft of tangible property," Tamte told Joystiq. "It's my understanding that the path they have taken with Justin May is consistent with this request, and the DA's course of action was heavily influenced by the fact that Mr. May was caught before his theft could cause any damage. Had he been able to post Breach on the Internet for download, and then been caught, he would likely end up serving time in jail."