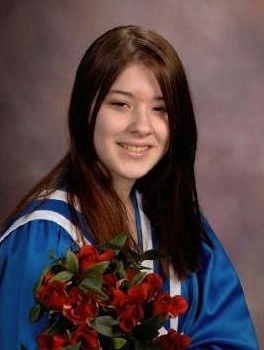 Two "avid gamers" who raped and murdered a girl in British Columbia eventually confessed to the crime in World of Warcraft because they thought it would be safer than admitting to it on MSN.

The rape and murder of 18-year-old Kimberly Proctor of Victoria, British Columbia, was horrific, shocking and utterly inexplicable. What could drive two teenagers to carry out such a brutal and senseless act? Almost as difficult to fathom is their belief that they couldn't talk about the crime over "MSN chat lines" but that bragging about it on World of Warcraft would be just fine.

It was through the game that one of the killers, a 16-year-old who under Canadian law cannot be named, confessed to the crime to a female friend about a week later, describing the murder in detail and sending her links to news articles about the killing. According to the Vancouver Sun, he used WoW because he needed "to tell her something he could not tell her over the MSN chat lines." His 18-year-old accomplice also sent messages about the murder to the same girl, saying he felt bad that he was going to get caught but that he had no remorse for his victim's family or friends.

Inevitably, at least one news outlet decided to trot out the tired old "videogames made them do it" bugaboo. "Teens moved from online violence to real-life murder," the CTV British Columbia headline blares, while the opening paragraph of the story breathlessly claims that "experts say it's likely the line between fantasy and reality became blurred." The first photo attached to the story on the CTV website is not of the victim or the crime scene, but of - you guessed it - World of Warcraft.

"They were also fans of World of Warcraft, a sometimes violent online fantasy game with 12 million subscribers around the world," the report says. "Experts believe it perpetuated the violence against the 18-year-old girl and provided key information to police."

For the record, the murder had nothing to do with World of Warcraft itself or any other online interaction. The closest thing to a justification for the murder was that Proctor had flirted with but ultimately rejected the advances of both boys, although the 16-year-old said in a statement that the real reason for the murder was simply that the victim was "an easy target," and that he had "dreamed about killing someone ever since he was young." Aside from the fact that both boys enjoyed World of Warcraft, which is probably one of the most normal things about them, there's absolutely no gaming connection at all, yet it still somehow rises to the surface as a causative factor.

Both boys pleaded guilty to the crime on Wednesday and have been ordered to undergo psychiatric assessments. The Crown is seeking to have them sentenced as adults, which would land them a mandatory life sentence with no possibility of parole for ten years.

Thanks to WrongSprite for the tip.