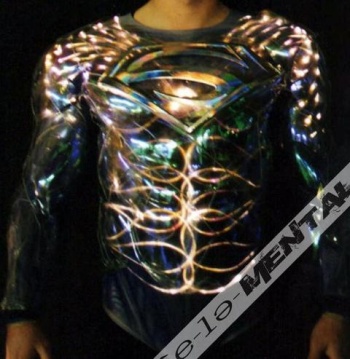 Tim Burton's take on a Superman movie was killed, but costume shots of his metallic, sci-fi Superman survive.

In the late 1990s, a film called Superman Lives went through many phases and changes until it eventually died off. It all began with a script written by Kevin Smith, but Tim Burton was later brought in to create his own version of the Man of Steel. After creating two genuinely great Batman films, Superman Lives should have been a home-run with Burton at the helm, right? Maybe not, as we see through new costume shots of Burton's Superman.

Special effects artist Steve Johnson posted the new photos that show multiple versions of Burton's Superman costume, meant to be filled by Nicolas Cage, and it really isn't your father's Superman. Gone are the red and blue tights, which are replaced by a metallic armored suit, another with electric veins, and more.

Superman Lives had its script re-written multiple times, but it's said to have revolved around the Death and Return of Superman, a storyline in which a monster named Doomsday nearly kills Superman. The hero turned out not to be dead, but totally depleted of energy, and he has to replenish it through a special suit. These shots could have been designed around that concept, but they still don't really feel like Superman at all. 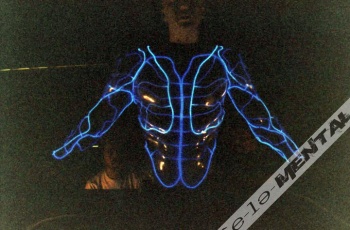 One of them even looks like a figure skating outfit to me. I don't want to be too harsh on these costumes as they are just concepts, but I really can't imagine a movie ever happening where Supes ditches the red and blue for black and gold. Zack Snyder is directing an upcoming Superman film that will deviate from what was done with Superman Returns, but will likely remain faithful to the original Superman and not make him glow.

More photos are available on the SteveJohnsonFX Facebook page.