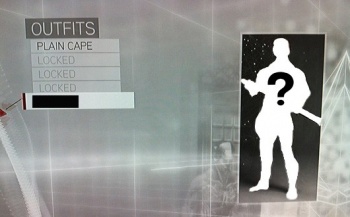 There's a stealthy and lethal blade-wielding assassin stalking the streets of Renaissance Rome, and it isn't just Ezio Auditore de Firenze. In fact, not only is it someone from outside the Assassin's Creed series, this character isn't even owned by developer Ubisoft. Do you want to guess who it is? Well, do you? Go on, I can wait.

It's kind of a spoiler. So, you shouldn't look below this unless you really mean it. I'll say that again: Spoiler Warning!

We're kind of purposefully stretching the page here right now. In case you couldn't tell, anyway. You never know, you don't want someone to just click on this and be spoiled right away because of the image, right?

Seriously though, it's pretty surprising. I certainly wouldn't have expected something like this from Ubisoft and the Assassin's Creed series.

As you can see from the image below, the secret hidden cameo is none other than Raiden - the brooding, sword-wielding cyborg ninja from Hideo Kojima's Metal Gear Solid 4. This, of course, is the "cool" version of Raiden after his Metal Gear Solid 2 incarnation went over with gamers about as well as the Hindenburg went over with docking towers in New Jersey. 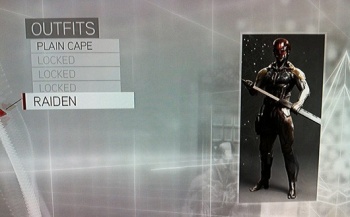 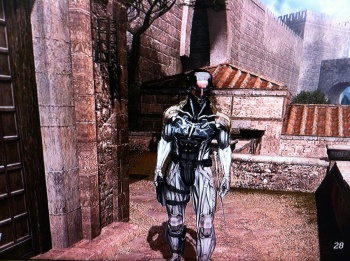 A Joystiq reader sent in the images you see here, revealing ninja-Raiden as an alternate unlockable costume for Ezio in the upcoming Brotherhood. The tipster claims that the Raiden skin is unlocked by fully completing the Animus' new training mode, which seems like a bit of an easy task for unlocking a costume that looks this cool - but I'm not going to complain.

This isn't the first time that Metal Gear and the Assassin's Creed universe have bumped heads - AC1 protagonist Altair's white robe was an alternate outfit for Solid Snake in MGS4 after an infamous(ly cool) April Fools' joke. It's good to see these two different franchises and different companies coming together with the goal of stabbing people in the face.

Assassin's Creed: Brotherhood is out in North America on November 16, 2010, and the rest of the world shortly thereafter.