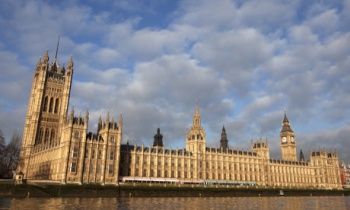 The UK government has axed plans for tax cuts for the videogame industry, but a plan designed to attract more business to the country may be the next best thing.

At Prime Minister's Questions in London earlier today, Labour MP Jim McGovern, who represents part of the Scottish town of Dundee, where Realtime Worlds was based before it closed down, brought up the question of tax breaks for the videogame industry.

Prime Minister David Cameron responded by saying that there were no specific plans for gaming industry alone, but that the government planned to reduce corporation tax - a tax levied on the profits a company makes - to 24%, down from its current rate of 28%. Cameron says that this change will make Britain one of the most attractive places to do business in the world. These changes would be in line with what Liberal Democrat MP Thomas Brake suggested the government planned to do earlier in the week, by improving the infrastructure for UK businesses in general, rather than for any specific industry.

Dr Richard Wilson, CEO of trade association TIGA, has expressed disappointment at the government's response, however, saying that both the Conservatives and the Liberal Democrats - the two parties that make up the coalition government - had backed the idea of tax credits for the industry before the election.

He pointed out that there was a certain degree of inconsistency in the government's tax policy, as it retained the tax credits for the film industry, adding that TIGA research showed that a specific tax break for the videogame industry would cost around £195 million, but generate more than twice that in revenue. He said that a cut in corporation tax was welcome, but that it would make very little difference to the smaller technology firms that weren't always in profit.