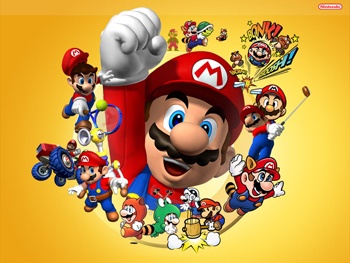 A new neighborhood in Spain that's being built for first-time home buyers is naming a dozen of its streets after famous videogame characters including Mario, Sonic and Zelda.

Arcosur is a government-sponsored initiative that began last year, building more than 21,000 residences as a suburb of the city of Zaragoza for people aged 20-35 who are buying their first homes. As part of the process, future residents were invited to vote on street names in an online poll, resulting in a dozen of them being tagged with game-related names. The first, "Avenida de Super Mario Bros.," was unveiled on Saturday.

"We are people who grew up living with videogames. We know them very well. I'm the same age as Mario," Arcosur neighborhood association president Antonio Almudi explained to CNN. Other streets planned for the new suburb will be given the names of videogames like Sonic the Hedgehog, Space Invaders and The Legend of Zelda, while the remaining 46 roads will be named after musical composers and Spanish monuments.

The unveiling of what future residents claimed is the first street in the world named after the iconic Nintendo videogame was accompanied by a celebration featuring people wearing fake mustaches, a dancing "Mario mascot" and a violin and a cello duo performing the Super Mario Bros. theme song. Nintendo representatives even showed up to hand out prizes in honor of the game's 25th anniversary.

Residents are "proud" to have their street named after Super Mario rather than war heroes or violent characters, according to Almudi, who added that more than 60,000 people are eventually expected to live in Arcosur. "The majority of us are lawyers, police officers, engineers, businessmen, teachers and hard workers of all kinds," he said. "Surely we have a lot of plumbers."

Team Up With Friends in The Legend of Zelda: Triforce Heroes StewShearer 4 Comments
Comments on