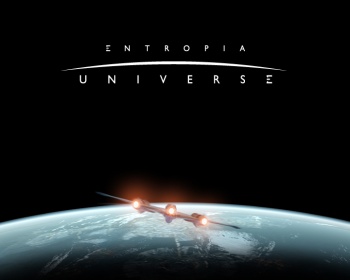 A new world record for the most expensive virtual item purchase of all time has been set by an Entropia Universe player who dropped $335,000 on in-game properties.

I'm trying to imagine what I could buy with $335,000. A nice house, couple of good cars, a really fantastic summer vacation. Or I could blow it all on pretend stuff like biodomes, a virtual mall, a stadium and a club, which is exactly what an Entropia Universe player by the name of John Foma Kalun recently did.

Kalun bought the properties from fellow Entropia entrepreneur Jon Jacobs, who set an earlier mark for the most expensive virtual purchase back in 2006 when he spent $100,000 on an in-game joint called Club Neverdie. In an interesting twist, Jacobs' record-setting deal from a half-decade ago makes Kalun's purchase seem slightly less nuts: The majority of Club Neverdie is precisely what Kalun now owns.

Jacobs appears to have done quite well with his investment. According to EntropiaPlanets, Kalun bought the bulk of the Club Neverdie property but Jacobs also sold 12 other domes to other players, bringing the total sale value of the Club Neverdie asteroid to $635,000. Not too shabby for something that doesn't actually exist.

What could possess someone to spend that kind of money on imaginary stuff? Entropia Universe lets users buy and sell in-game currency at a fixed exchange rate, which gives virtual items a real-world value and lets players generate real money from the income earned on things like exclusive clubs and other properties. According to Neverdie's original auction listing, the asteroid had a first-quarter 2010 tax revenue of 640,000 PED (Project Entropia Dollars), which converts to $64,000 in meatspace moolah. Nope, that's not too shabby at all.