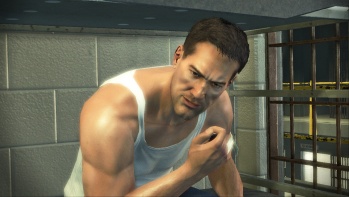 Thousands and thousands of prisoners in the UK are probably playing Call of Duty right now.

New information has recently come out about the number of gamers in the UK that are also serving time for crime. According to junior justice minister Crispin Blunt, more than one third of the prisoners in England and Wales could potentially be in possession of a videogame console.

Blunt apparently responded to an inquiry on the issue by saying that 36,202 prisoners were on the "enhanced level of the incentives and earned privileges scheme" and eligible to be a behind-bars gamer. To determine exactly how many game consoles were in prisons would "necessitate asking each prisoner individually at disproportionate cost," so there aren't any precise numbers, but Blunt emphasizes that public funds are not currently being used so that prisoners can play Viva Pinata.

Videogames in prisons are a big issue in these regions of the UK, with a 2008 audit revealing that 12,948 consoles were in prisons with £221,726 ($350,000) of the public's tax dollars having been spent on the systems and their software. Government figures say that videogame consoles turn prisons into a "holiday camp" rather than a place that is mean to punish or rehabilitate.

Many prisons don't allow videogames in any form, or even table games like checkers, for prisoners on the best levels of behavior. I don't think that all prisoners should be tortured while incarcerated, because the idea is to rehabilitate most of them, but I know that with a videogame even the most boring of situations can fly by like it's nothing. Should prisoners be allowed to engage in something that, excluding perhaps the most grindy RPG, is pure fun in all of its forms?