The network that's brought us such gems as Jersey Shore, Teen Mom, and The Hills has revealed that it's got a new TV show in the works that's based on Teen Wolf, the 1985 werewolf comedy starring Michael J. Fox. If you're old enough to remember Teen Wolf, then you're probably not the target audience MTV is looking to capture with its new series. Based on the trailer, it looks like the show is based more on the how tough it is to be a supernatural teenager, as opposed to the fun one might have with some extra abilities/powers while going through high school.

Aside from the high school setting, it doesn't really look like MTV's version has much in common with either the movie or its spin-off cartoon series. Instead of inheriting his werewolf nature from his family, Scott McCall is bitten by a wolf and finds himself stronger, faster, and with heightened senses, which means he's suddenly attractive to women and a star lacrosse player (as opposed to how Michael J. Fox became his basketball team's MVP). Of course, Scott finds himself on the run from werewolf hunters; the hunters' leader is the father of Scott's love interest. 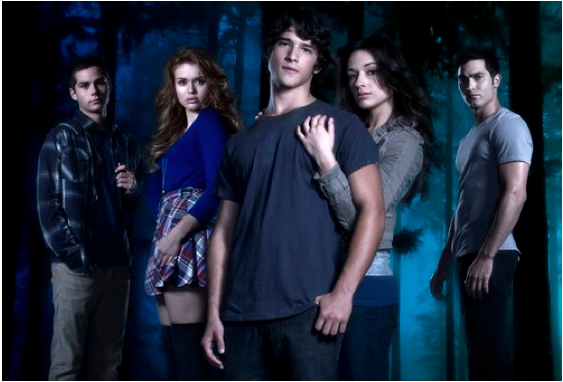 Honestly, the trailer (and accompanying promotional image) feel like pretty shameless rip-offs of Twilight, meaning that the show looks joyless and full of teenage angst. That's a shame, because the original movie - while not a masterpiece by any stretch of the imagination - is goofy fun that is certainly capable of killing the time on a slow afternoon. As it stands, this looks like another hate crime against some of my fonder childhood memories.