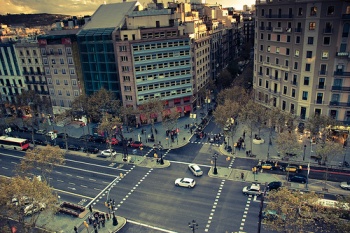 Political party tries to shift blame onto the developer as game is condemned for inciting violence and xenophobia.

Not every idea can be a winner, but some ideas are so bad that you can't believe nobody spotted it. For example, it's hard to believe that no one in a political party in Spain realized that commissioning a game where you blow up migrant workers, and then sticking it on the party website, might be a mistake.

The game, called Rescue, featured the leader of the Catalonia branch of Spain's conservative People's Party, Alicia Sanchez-Camacho, riding a white seagull called Pepe. Players scored points by bombing aircraft filled with illegal immigrants, or by destroying symbols of Catalan nationalism. The game proved to be a big hit, with so many people trying to get onto the website it actually crashed. The game was taken down a few hours later, and the Party issued a statement saying that the developer had not properly followed instructions. According to the People's Party spokesperson Esteban Gonzalez Pon, the game was supposed to have featured Sanchez-Camacho dealing with Catalonia's problems, which he said were "unemployment, the independentist [sic] fever at the situation of many people without work, and the mafias that brought them here and keep them here."

The People's Party's rivals have been quick to condemn the game as xenophobic and said that it was unacceptable for a political party to be seen to be inciting violence. Presumably, it was similar accusations that prompted the party to take the game down in the first place; either that or someone within the Party realized that it was opening itself up to tremendous criticism. It's even possible that the game really wasn't what the party asked for, although that seems unlikely.

Whatever the reason, there's no way that the People's Party can come out of this looking good. At best, it ends up looking stupid for putting a game up on its site without bothering to look at it first, and at worse it looks like a racist and a xenophobe for advocating violence against foreign workers. Still, if you had to pick the lesser of two evils, looking stupid is better than looking like a bigot, and with elections coming up in a few weeks, minimizing the fallout from this will be very important.