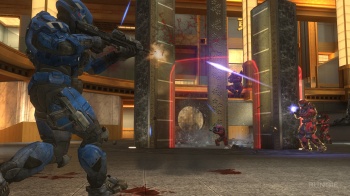 If you want to be the first in line to play Bungie's next game, all you have to do is sign up.

Now that Bungie has left Microsoft for Activision and Halo: Reach's release has come and gone, the studio has moved on to what it hopes will be bigger and better things. If you dream of becoming part of Bungie's current push for world domination, I have good news. Bungie recently began a program where the common man/woman can sign-up to become a Bungie beta tester.

Bungie needs these beta testers to help with various tasks as it develops its new project. Listed "missions" will include playtests and usability testing, surveys on game playing habits, and alpha or beta testing for Bungie's next game. The former might sound somewhat boring, but the latter certainly does not.

To sign up for the program, visit Bungie's website here. You'll need a Bungie.net account and a valid email address. In exchange, you'll be able to help shape Bungie's "glorious future."

Bungie says that it'll likely enlist hundreds of thousands of gamers before the program ends, so there's a good chance that if you're not a psycho, or even if you are, you'll get in. This may be the earliest beta sign-up program that I've ever seen, considering that Bungie's new game is still in its infancy and only spoken of in rumors as a possible action-RPG or MMO. This sort of beta program seems to once again hint towards the development of an MMO, as every massively multiplayer online game needs a good group of beta testers. Whatever it is, it feels nice to be included.