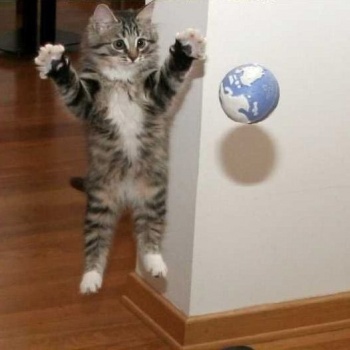 The National Broadcasting Corporation has ordered a pilot for a reality game show called The Catch. The title may seem to describe a dating show, perhaps, or extreme fishing, but it's surprisingly literal: The program will feature people playing catch, presumably for cash and/or prizes. FremantleMedia North America, the producers of American Idol, are producing the pilot episode.

NBC hasn't greenlit the show yet, so there's not a great deal of information available. As of right now, the game apparently involves something a little more involved than playing catch in the backyard; one proffered example of gameplay involves balls, a helicopter, and a mud pit.

To further clarify, The Hollywood Reporter notes that "details are scarce as the format is still being developed, the show basically takes the game of catch and expands it to extremes -- doing for the backyard ball toss what ABC's Wipeout did for obstacle courses." This makes perfect sense, because everybody loved Wipeout, right?

LoadingReadyRun: The Crazy One Graham_LRR 40 Comments