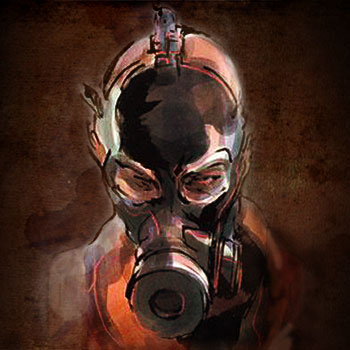 To beat Metal Gear Solid's resident psychic inside the game, you must first beat him outside the game.

Like any good psychic, Metal Gear Solid's Psycho Mantis can see the past and predict the future. What sets Mantis apart from other telepaths however, is that he can read the meta-data of the player's history, letting him get into your head in a whole new way. In Issue 280 of The Escapist, Brendan Main discusses the thrill of fighting a foe that gleefully ignores the fourth wall, and how prescient Psycho Mantis' mind-reading tricks really were.

Without pausing to consider how to outfox such a digital gremlin, Psycho Mantis is indeed, as he says, invincible. But unfortunately for him, these technological shenanigans work both ways - through he can read every button press on controller 1, controller 2 is a mystery to him. By plugging your controller into the second port, your movements are concealed, leaving Psycho Mantis as little more than a bug-eyed piñata. It's true that once you know the solution to Mantis' little trick, the boss fight holds little challenge, but the way that you reach victory is interesting nonetheless.

To beat Psycho Mantis, you have to play along with his metatextual charade, forcing you up out of your sofa to fiddle with plugs, ports, and crossed wires - the very stuff we don't want to be thinking about while playing a game. This inconvenience shows how successfully Mantis worms his way out of the game and into your space. But it also hands him a very different sort of psychic control - one over the narrative of the story itself.

As you endure Mantis's taunts and tricks, you're not dealing with Metal Gear Solid as a cohesive tale, but as a whirring disc in a machine. For a few brief moments, Mantis doesn't just strain credulity, but rather breaks it over his knee, stating matter-of-factly that the game you are playing is thuddingly, resolutely unreal.

It's interesting that the most memorable battle in Metal Gear Solid is also its least immersive - at least on paper. You can read more about it in Main's article, " Psycho Mantis, Qu'est-ce que c'est?"