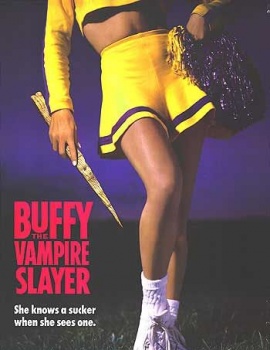 Everyone's favorite high school vampire slayer is returning to the silver screen, and will apparently no longer be in high school.

Warner Bros. announced today that the 1992 film Buffy The Vampire Slayer is the most recent film to get the reboot, and Joss Whedon will not be involved. Atlas Entertainment and Warner Bros. are behind the remake, which, despite currently boasting very few specific details, manages to strike a healthy dose of fear into my heart.

The movie is intended to be an update, with a script penned by Whit Anderson. While I am excited to see a woman writing for Buffy, I am less excited to see that Anderson appears to have never written a screenplay, let alone attempted to revive a beloved character and franchise. In fact, all of Anderson's few credits appear to be in front of the camera. Also on hand is Charles Roven, producer of Christopher Nolan's Batman Begins, The Dark Knight, and the upcoming The Dark Knight Rises.

Deadline quotes "an insider" as saying "while this is not your high school Buffy, she'll be just as witty, tough, and sexy as we all remember her to be." From this description, and Roven's inclusion, it seems that the creative powers behind this reboot are shooting for something dark, or gritty, or realistic. Enjoy trying to make "I just dusted a vamp" sound anything but preposterous in a gritty, realistic setting.