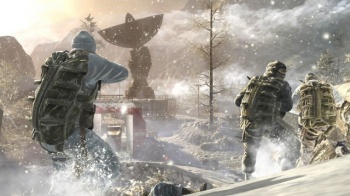 The PS3 version of Call of Duty: Black Ops is "sub-par" and "buggy", claims petition, despite more power under the PS3's hood.

The various versions of Call of Duty: Black Ops were not created equal, at least not according to one PS3 owner, who has harnessed the power of the internet petition to demand a full refund for everyone who bought the game for the PlayStation 3.

The petition starter said that the PS3 version of Black Ops was riddled with bugs, had inferior graphics and fewer of the features that the Xbox 360 version had. He said Activision's advertising had been misleading, as it suggested that the game would be uniformly good on all platforms, and thought that it was unfair to charge the same price for all versions, when one was clearly inferior. To support his claims, he quoted articles from CVG and Product-Reviews.Net, which stated that the PS3 version lacked the split screen online multiplayer of the 360, and suffered from graphical problems like screen tear and low frame rates.

At time of writing, the petition had 322 signatures, with those who had signed commenting that the game was unplayable and that they felt like they'd been lied to. The likelihood of the petition being successful is somewhere between next to none, and just plain old none, but it's not a bad way for people to communicate their collective dissatisfaction.