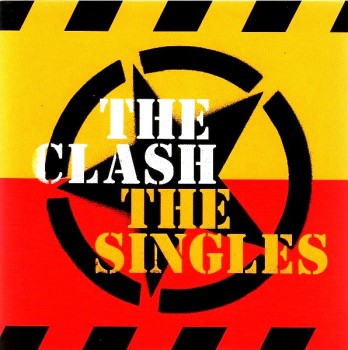 Another day, another clue about BioWare's upcoming new game, and this one really rocks the casbah.

BioWare's been having fun teasing us about the new game it plans to unveil at the Spike Video Game Awards in December. First came a split-second "trailer" and a screen shot of an appropriately macho guy with a gun lining up to pop a melon. Then came the "bridgets," linking to the atomic mass of iron, the coldest recorded temperature on Earth and the British Secret Intelligence Service. Now we have another clue: The Clash.

That's The Clash as in "the only band that matters," the guys behind London Calling, Combat Rock and Sandanista!. Specifically, according to my dear friend Logan (the image was too complex for my cheap webcam to deal with), it's a link that leads to a cover image of the 2006 greatest hits release The Singles.

Some people see a connection between the image of SIS headquarters in London and the classic Clash hit "London Calling," although where it could possibly go from there is tough to call. Joe Strummer becomes a 00 agent and goes deep undercover in Russia, maybe?

Of course, it could also refer to a "clash," or perhaps one of the other tracks on the disc. One quick-witted Facebook commenter noted that London Calling came out the same year that Margaret Thatcher, aka The Iron Lady, became Prime Minister of the U.K. It's a stretch, sure, and I have no idea what it could possibly mean, but that's exactly how I like my theories: wild and senseless.

Sony's Russian branch may have spoiled all the fun by revealing in a tweet last week that the upcoming game is Mass Effect 3, but that could just as well be a little misdirection. After all, why go to all this trouble just to announce a game we all know is coming anyway? In other words, we still need ideas, people!