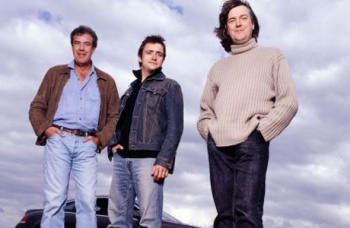 Call of Duty might be a the gaming equivalent of a summer blockbuster, but Top Gear is just as important, says BBC Worldwide digital director.

The BBC says that self-published videogames based on some of the companies top properties could be worth tens of millions over the next few years. The BBC's commercial subsidiary, BBC Worldwide, expects digital media to account for around ten percent of its total revenue by 2012, and believes that game sales will be a significant part of that.

Speaking as BBC Worldwide unveiled a trio of titles for the iPhone and iPad, including new Doctor Who and Top Gear games, digital director Claude London compared the BBC's games interests to the founding of the company's magazine interests in 1973, an event he described as being like the company growing a new limb. He saw no reason why videogames couldn't grow into a £50 million - or nearly $80 million - business for the BBC, and said that the company's brands were every bit as important in the videogame space as big-name IPs like Call of Duty. "I would argue that Call of Duty is akin to a movie blockbuster," he said. "Gaming, films and TV are all about content, and in that respect Top Gear is just as important and as relevant as Call of Duty."

BBC properties certainly have the brand recognition to sell a lot of games, and the company has the infrastructure in place to market them. The focus seems to be on more casual games at the moment, but there are several that would make really interesting triple A titles. A Torchwood game with the same kind of gadgets-and fighting gameplay as Batman: Arkham Asylum could be a lot of fun, as could a Top Gear game where you race against your cohorts to see whether it's faster to go from London to Berlin by hot air balloon, or by super-fast sports car.

It doesn't seem like triple A develop is the direction the BBC will chose to go, but if it did - and it made sure the games were of a high quality - that £50 million could end up looking like a conservative estimate.