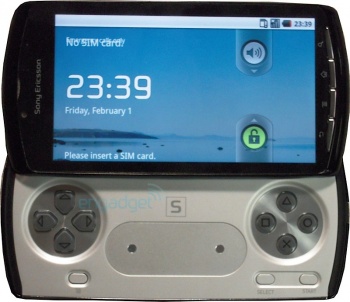 Will the rumored Playstation Phone stand on the shoulders of the popular Playstation brand, or will it drag it down?

Rumors about the existence of a Playstation Phone (possibly codenamed "Zeus") keep on coming, and by this point it looks like as sure a potential bet as you can make in this industry.

TechRadar spoke with several industry analysts about the hypothetical PSPhone to gauge interest. For the most part, the analysts were very positive about the device, saying that it could bridge the gap between the mobile gaming boom and hardcore gamers, who are dismissive of games played on platforms like Android and iOS.

The one dissenter was Games Ivestor Ltd analyst Nick Gibson, who suggested that Sony Ericsson and Sony Computer Entertainment might not be on the same wavelength in this regard, and that any confusion here might potentially damage the PSP and Playstation brand.

"With PSP2 SDKs currently being deployed to developers and PSP still selling at surprisingly robust levels (given the miniscule size of ongoing PSP software sales), the PlayStation Phone concept is something of an enigma," said Gibson. "Where and how will it fit into the PlayStation family of products? While a PlayStation-branded game phone might make commercial sense to Sony Ericsson, Sony Computer Entertainment's approach to hardware is radically different, and there are numerous scenarios where such a product could do more harm than good."

I'm not sure if there are "numerous scenarios" where a PSPhone could damage the Sony brand. There's pretty much just the one, where the Playstation Phone sucks, and people are turned off of products bearing the Playstation name from then on. Sure, it's easy to imagine that it might be a pain to properly coordinate efforts between two branches of the mammoth Sony umbrella, but a little awkwardness there would hardly do irreparable damage to the Playstation brand.

It's certainly an interesting possibility to think about, but come on: If the PSP Go couldn't kill the Playstation brand, what chance does a PSP phone have of doing the same thing?