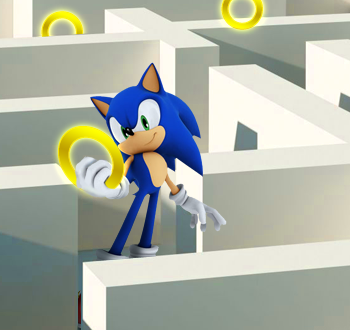 Whether it's Yoshi coins or templar flags, give gamers something to collect and a lot of them won't be able to resist.

Since the early days of gaming, developers have added trinkets and treasures for us to find. If you've ever whiled away a few hours scouring the rooftops of Rome in search of feathers, or scampering up and down beanstalks hunting for stars, then you know what it's like to catch the collecting bug. In Issue 282 of The Escapist, Chris Davies looks at the appeal of these virtual scavenger hunts, as well as some of the theories about why people like collecting in the first place.

Of course, as soon as a subject like this is brought up, there'll be the inevitable lazy outcry: The reason gamers like collecting is because they're nerdy and obsessive, right? We're going to go right ahead and assume you don't need The Escapist to tell you this is nonsense. Nor that such a "collecting is sad" judgement obviously wouldn't apply to your girlfriend's wardrobe full of shoes or your boyfriend's cabinet of football memorabilia.

There is a far more intriguing rationale at work here, and to find it we need to delve into the often-confusing world of psychology. This is something that Jamie Madigan - Personnel Psychologist for the US Government, lifelong gamer and the man behind the Psychology of Games blog - has been doing for years. "The most interesting thing I've found is how easy it is to draw parallels between studies of human behavior in other contexts to people playing games," he explains. "What motivates people to play games are the same things that motivate them to engage in sports, work, art, and lots of other pastimes. There's still a lot that's unique about the psychology of videogames - human-machine interactions, for example - but a lot of what makes gamers tick can be inferred from what's already known about the field."

Far from being the sole preserve of obsessive ultra-geeks, Davies says that the urge to collect something was a natural impulse that almost everyone would experience at some point in their lives. Gamers might collect a wider variety of objects, but there's nothing to suggest that that's a bad thing. You can read more about in Davies' article, "I Want it All."

Letters to the Editor: Collections Agents The Escapist Staff 0 Comments