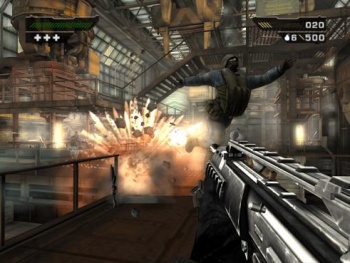 The World War II shooter has been done to death, but Stuart Black still thinks he can make one that's exciting.

In late October, City Interactive revealed that it licensed Crytek's CryEngine 3, the technology behind Crysis 2, for two upcoming first-person shooters. Black's WWII shooter will no doubt be one of those games.

In the past, Black has said that many shooters are really boring and that realism is not always ideal for a videogame. His philosophy seems to focus on making the most entertaining experience possible, and if realism doesn't add to that, throw it out the window. What this will mean for a shooter set in WWII is still unknown, but I'm making the call right now that explosions will be involved.