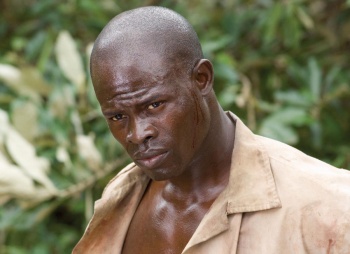 Having already voiced the Marvel character Black Panther in an animated series, Djimon Hounsou (Gladiator) wants to bring the superhero to life on the big screen.

Djimon Hounsou is familiar with T'Challa, the Marvel superhero Black Panther; the actor has already voiced the character in an animated series for network BET. The actor recently told io9 his participation in the series was intended to stir up interest for a feature film, saying "that was the idea: using it as a leverage to tell a feature story."

The Oscar-nominated Hounsou very much wants the picture to be made, telling io9, "He's a king, he's a man of the people, and he's very powerful - he challenges himself throughout his kingdom, and I think that's rare when the king puts his own life [on the line] and challenges [people] to beat him, in order to see [who's] the best out there... He's really cool. He comes from a world in Africa that is cool, and has all those minerals and it's very exciting. It's just a matter of time for that to be realized." Presently, there are no plans for a Black Panther film, but as the character has fought alongside the Avengers, T'Challa would fit in nicely in any hypothetical Avengers sequels. Hounsou may run some steep competition, as he's not the only actor coveting the role; Adewale Akinnuoye-Agbaje (Lost) has also expressed an interest in portraying the king of Wakanda.

Hounsou is set to return to theaters this month in The Tempest, directed by Julie Taymor. If that name sounds familiar, it's because she's the visionary director behind Spider-Man: Turn Off The Dark, Broadway's most expensively funny musical.