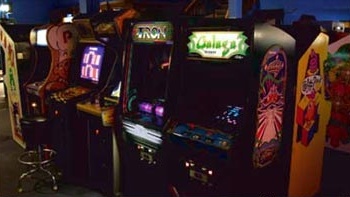 Senior citizens in Japan are whiling away their leisure hours and blowing their retirement savings in places that have traditionally been the domain of youth: arcades.

So you're old, you're retired and you're bored. In Canada that means screwing in an hour or two of every day at the local Tim Horton's, slurping back the double-doubles while you shoot the breeze with your buddies. In Japan, however, they do things a little differently, and when it's time to meet the boys for a bull session, more and more of them are heading to the arcades.

"Recently, I've been coming with my grandchildren, but it's like a dream," a 65-year-old arcade fan told Nikkei (via Kotaku). "I'm so busy making friends, I feel rejuvenated."

One-third of the customers at the Sega Dream Factory in Tokyo are seniors and some arcades are now specifically catering them to them, with bonus token programs and even offers of free blankets for anyone who gets cold. Japanese oldsters apparently have a preference for medallion games (I have no idea what those are), pachinko, crane games and horse racing games. One 73-year-old said he blows about $12 a day on horse racing and pachinko, adding that he keeps coming back "because it's cheap to play." It's also apparently a very social environment; some of the gray gamers bring their lunches with them and spend the entire day hanging out with their pals.

That's just fine with Japan's Amusement Industry Association. Between advances in home gaming and Japan's famously low birth rate, the group said it's becoming increasingly difficult to attract young males to arcades. Many elderly gamers, on the other hand, are looking for a reason to get out of the house, so arcades are a more natural fit. Maybe not as natural to those of us on this side of the pond as blowing half your morning hanging out at a coffee shop, but probably a better choice all-around in the long run.