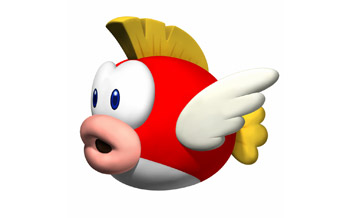 The latest clue for BioWare's mysterious game announcement is just a decoy. Probably.

What do you do when you're given a clue you know is a red herring? Do you disregard it as the distraction it ostensibly is, or do you examine it more closely to see if it has any hidden significance? That's the question that BioWare is posing to its fans, following the release of yet another clue for its mysterious new game, one that couldn't be more of a red herring if it tried.

The clue arrived in the usual manner, via a grid barcode on the BioWare Facebook page, which held a binary code, which - when converted into regular text - contained a website address, which led to a stock photo site, and specifically to a picture of a fish. As you may have already guessed, the fish - not the one seen above, by the way - was a herring, and one with a distinctly red hue. This brings us back to the original question of what you do with a clue that you know is a red herring.

It's possible that it genuinely is a red herring - the kind you ignore, that is - designed to get people speculating about what it could mean. It's also possible that it signifies that one of the previous clues - which were the lowest temperature ever recorded on Earth, at the Vostock station in Antarctica, the atomic mass of iron, the British Secret Intelligence Service, and a collection of singles by The Clash - should be disregarded. It could also be a genuine clue, but one that BioWare wants people scratching their heads over more than usual.

The secret will finally be revealed at the Spike Videogame Awards on December 11th, provided that a Russian balbbermouth hasn't actually spoiled it for everyone already.