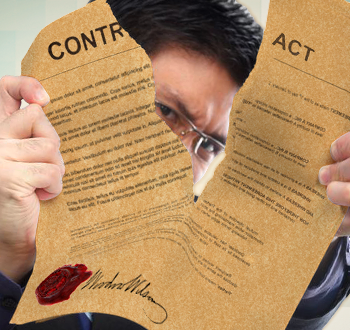 Love them or hate them, genre labels are vital if you want to play games you actually enjoy.

Probably the most important question a gamer will ask him or herself before the acquisition of a new game is "will I enjoy this?" The answer to that question is based on a lot of different factors, and whether we admit it or not, a game's genre plays a pretty significant role. In Issue 283 of The Escapist, Spanner Spencer says that genres are a form of contract between us and the developer, and a useful tool for figuring out if a particular game will be to our taste.

Genre is very much like advertising. We each like to believe that it doesn't work on us, personally; that it's not influential in our lives, and that our purchases aren't based on whether the distributor says it's a "horror," or an "FPS," or a "dom-fom-zom-rom-com." We make our choices based on intellect, desire, need and research.
Don't we?

Well, for the most part, yeah. Today's consumer has been taught by the advertising industry to be suspicious and resistant, to approach capitalism with cynicism, and always be ready to kick its teeth in the moment it even looks like it might say something we don't want to hear. But that doesn't mean attention to genre isn't still massively important when it comes to buying games.

Our choices are indeed formed by opinion, rather than coercion, but when we buy a new game or go see a movie, we're buying into expectations set up during its promotion. A game's genre is a contract between the developer and the player, a promise to deliver a particular experience and to meet established expectations. If that contract is broken, we, as seasoned capitalists, will resist that game, even if it boasts other excellent qualities.

Spencer cites the original God of War as a game that wore its genre on its sleeve, saying that its promotion was so solid, its trailers could have served as tutorials. Conversely, he says that Mass Effect, despite being an excellent game, failed to give gamers enough credit, and tried to hide the kind of game it was. You can read more about it in Spencer's article, "Breaking the Genre Contract."