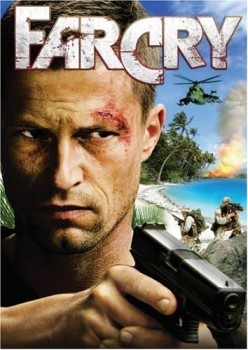 A U.S. federal judge has dismissed 86 percent of the U.S. Copyright Group's lawsuits against Far Cry and The Steam Experiment file sharers, and there may be more to come.

We had an interesting conversation a couple of weeks ago about personal jurisdiction, standing and the increasingly tottery-looking efforts of the U.S. Copyright Group to unleash a tsunami of lawsuits against accused file sharers. Starke summed up the whole affair rather nicely, I think, when he said, "It looks like the copyright lawyers forgot about personal jurisdiction when they filed, and are now getting their teeth kicked in."

It sure looks that way. The USCG filed lawsuits against 6230 people accused of sharing the films Far Cry and The Steam Experiment based on nothing but IP addresses, then asked Judge Rosemary Collyer for five years - five years! - to figure out who among them the court had jurisdiction over, which is to say, who they could actually sue. The judge, however, decided that was a bit much and gave the USCG and its law firm of Dunlap, Grubb and Weaver until December 6 instead.

When the day arrived, 86 percent of the cases were found to be outside the jurisdiction of the DC District Court and were thus dismissed, reducing the number from 6230 to 868. Of those cases, Ars Technica says names have been named in just three and that the USCG wants to continue with action against the remaining 856 "who may live in DC." In other words, it's a good bet that some of those remaining cases will end up dismissed as well.

Bear in mind that the cases were dismissed not due to any fundamental flaw in the actions themselves but because of the willy-nilly way in which they were filed. They were dismissed without prejudice, meaning that the USCG could hook up with law firms in other jurisdictions to properly file and pursue the suits. And anyone who has already forked over the dough in response to the group's legal threats are out of luck; that money is gone for good, although the recently-filed class action suit against the USCG itself may help get some of it back.

But the bottom line is that properly filing every one of these thousands of lawsuits could be prohibitively expensive and so the vast majority of these cases may very well just go away, as will the USCG's tactic of making money through scattershot lawsuit threats. I'm no lawyer, but that sure sounds like a serious boot to the chops to me.