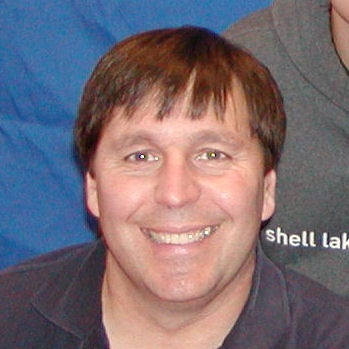 R.A. Salvatore was recently asked which edition of tabletop Dungeons & Dragons he prefers, 4th or 3rd, and he responded that he didn't like either one.

You might think that the creator of one of the most iconic D&D characters, the conflicted dark elf ranger Drizzt Do'Urden, would toe the party line. Wizards of the Coast, the gatekeepers of the Dungeons & Dragons line of games since it bought out TSR in 1997, are heavily invested in the newest edition and R.A. Salvatore is still writing books based on the worlds of D&D so it would make sense for him to publicly embrace the new ruleset. Even though he plays in a 4th edition campaign with his son, Robert Salvatore told students during a Q&A session at Northeastern University in Boston that he prefers the rules as written by Gary Gygax back in the 19070s.

A student asked, "Do you prefer 3.5 or 4th edition?" referring to the last two editions of D&D.

"One," Salvatore said. "I'm serious. If I'm DMing, we're playing first edition. Because that's the game that I grew up with. That's a game where you really have to improvise and think on your feet. You have to make up your rules as you go along." He thought that 2nd Edition was well done, but that the 3rd, released in 2000, defined too much. Salvatore didn't like that you had to look up every detail or obscure rule in 3.5 because he thought that killed the role-playing aspect of the game.

"Now I'm playing 4th, my son is running a game," he said, which made him realize something important about playing that game. "4th Edition only works if you have creative players. First Edition can work with a creative dungeon master. 4th Edition will turn into a card game like Magic the Gathering where you just say, 'I'm using my daily power' and click, you turn over your card. If you play the game like that, it fails.

"But when you have creative players, who instead of saying what daily power they are using, but can actually describe what they're doing in the combat, then the game really sings," Salvatore said.

Check out the whole lecture that Salvatore gave to Northeastern students and cue up to 35:40 in to hear him talk about D&D. Salvatore is also building the world of Amalur for the upcoming MMO from 38 Studios, and I've gotten a chance to talk to him a few times. Don't let his heavy Boston accent fool you, he is a gamer through and through and he knows what he's talking about.

I have to say that I agree with Salvatore one hundred percent. I've played all editions of D&D and the game just dies when it becomes about what phat sweet loot or power you are using. Luckily, I have a pool of really creative players in The Escapist office who always describe their actions in game, often to hilarious effect.

That reminds me, I've got to go prepare for my lunchtime 4th edition campaign...