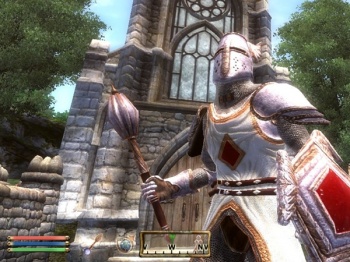 A tweet from the official Bethesda Twitter feed said the developer had seen a lot of speculation about the technology that Skyrim would use, and confirmed that it would run on a "spectacular" new engine. When pressed on whether "new" meant entirely new, or some new version of GameBryo, Bethesda community manager Nick Breckon said that "new" meant a brand new, internally created, "gameplay/graphics engine."

Back in August, Bethesda's Todd Howard briefly talked about the engine for Skyrim, although the game obviously hadn't been announced at that point. He said that it was based on the technology for Fallout 3 - which was part GameBryo and part Bethesda's own work - but had received some pretty heavy modification, particularly in the parts that handled characters and animation. Howard added that the new engine would make people "almost feel like [they had] a new console,"