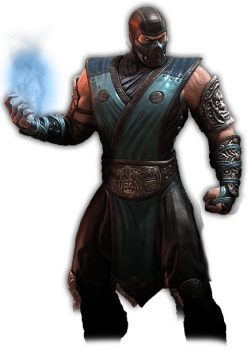 Warner Brothers Interactive has announced that preorder bonuses for the upcoming Mortal Kombat reboot will include retailer-specific "Klassic" skins and fatalities.

Some people like preorder bonuses, some people don't. I'm generally a fan because I enjoy getting free stuff for games I was going to preorder anyway, but others can't shake the feeling that they're somehow being deprived of content. Regardless of what it does or doesn't actually bring to the game, just knowing that this stuff is out there is enough to drive some people crazy.

If you're one of those people, you might want to sit down while you read this. Warner Bros. Interactive Entertainment announced today that the new Mortal Kombat will be available in two special editions alongside the regular release and that the preorder bonuses will include retailer-specific fatalities.

First, the part that won't drive you nuts. The Mortal Kombat Kollector's Edition will include Sub-Zero and Scorpion figurines, an art book and DLC of classic (klassic?) Mortal Kombat costume skins and avatar outfits, while the even more exclusive Tournament Edition, which will be limited to 20,000 copies (kopies?) will come with all of the above plus a "portable fighting stick," although after the Godfather 2 brass knuckles debacle I don't expect you'll be able to do much actual fighting with it.

And now the part that will. One of the hallmarks of Mortal Kombat are the fatalities, unique moves each character can perform at the end of a fight to finish his opponent in brutal, bloody fashion. Among the most famous of these is Sub-Zero's "spine rip," in which he grabs his enemy by the throat and rips off his skull with the spine still attached, and if you preorder the game from Best Buy you'll get that fatality as part of the game, along with the "Klassic Sub-Zero" playable character skin.

Mortal Kombat creator Ed Boon responded to complaints by assuring gamers via Twitter that every character in the game will have two fatalities, with retailer-exclusive finishing moves added where appropriate. Still, while fatalities may not have any impact on gameplay, they're a core component of the experience and regardless of what Boon says, a lot of fans are bound to see this as taking them away. Is it a unique and imaginative preorder bonus? Absolutely. Is it a good idea? That, I'm not so sure.

Mortal Kombat is scheduled for release in April 2011 for the Xbox 360 and PlayStation 3.