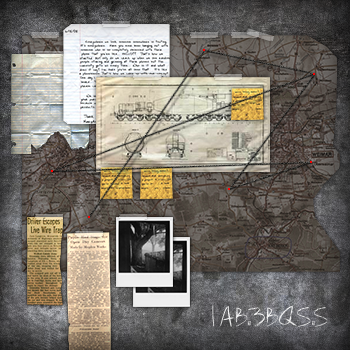 If you're the sort of person who likes brain-teasers involving Caesar ciphers and cartoon rabbits, MIT is probably the school for you.

If you were looking for someone to put together some really difficult puzzles, MIT students would be a pretty choice. They probably wouldn't need much cajoling either, as each year they pit their wits against each other in the MIT Mystery Hunt. In Issue 284 of The Escapist Jason Tocci talks about his experiences with the Mystery Hunt, and how his knowledge of Christopher Lloyd movies finally came into its own.

When the links on the site finally went live, we broke into groups and hit the ground running. One group assembled Lego tableaus to satisfy the requirements of a scavenger hunt. Another group left campus entirely for a puzzle, driving off to Harvard to follow up on a lead somehow related to maps and architecture. Most of us launched into any one of a number of puzzles delivered via the Web.

I wandered over to a teammate who was stuck on her own puzzle, titled "Cluesome." She'd already made some progress with others on the team, who had wandered off in frustration much like I just had. Their puzzle offered a series of text strings, like "WYVMLZZVYWSBTYVVMAVWWPHUV." My teammates had made some progress, at least, determining that each string was a cryptogram encoded with a simple Caesar cipher. Shift each letter of the above gibberish seven letters down the alphabet, and you end up with "PROFESSOR PLUM," "ROOFTOP," and "PIANO." It seemed be a clear a reference to Clue, but that's about as far as anyone got. Every string was like that: shifted some number of letters down the alphabet, but referring to unfamiliar murder scenes and weapons.

Something struck me as familiar about that modus operandi, though, and inspiration struck. Wasn't that how Christopher Lloyd killed somebody in Who Framed Roger Rabbit? I started screeching quotes from the movie, and another teammate, engaged in some other puzzle, looked up to call out: "He played Professor Plum in the movie version of Clue!"

Tocci describes the joy of competing, even though he didn't think that his team would actually win. You can read more about the Mystery Hunt in his article, "Hunting for Mysteries."