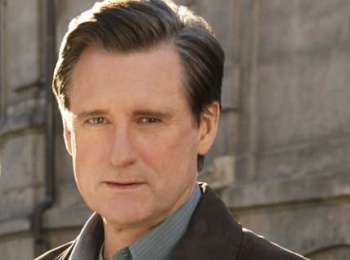 In additional Torchwood casting news, Bill Pullman will be playing a convicted murderer.

Earlier this week, Mekhi Phifer joined the Torchwood team, and it looks like the Doctor Who spin-off isn't done with casting announcements yet. Bill Pullman (Independence Day, Lake Placid) will be joining the upcoming fourth season as a series regular.

Pullman is set to play Oswald Jones, a murderer sentenced to life in prison who winds up getting out on a technicality and, upon his release, becomes a media sensation. Deadline provides some personality in their description, calling Jones, "dangerously clever," and "genuinely repentant yet boiling with lust and rage."

Critical Miss: Lord of the Wrongs The Wooster 150 Comments
Comments on