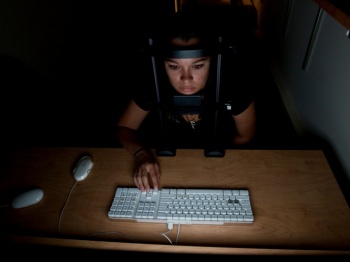 A researcher from the University of Toronto has proved that playing videogames allows women to manipulate 3D images as well as men do.

Statistically, women have a tougher time moving, manipulating and imagining a full 3D environment, called spatial cognition, than men do. This fact usually translates into women finding less enjoyment in videogames nowadays because nearly all current generation titles involve moving a character through a 3D space. I know that my wife is easily frustrated by videogames for exactly this reason. But Jay Pratt, a professor of psychology, has conducted a study which shows that the disparity between the sex's spatial cognition levels out when women become familiar with playing action videogames. He spent ten hours training women with no videogame experience and when they came back to take the spatial cognition tests, they fared almost as well as the men across the board.

"We found that the women improved substantially, and almost caught up to the men's scores," Pratt said.

Another part of spatial cognition that Pratt tested was the "useful field of view" that measures how wide an area an individual is able to watch at any given time. Typically, men test better than women in this regard as well, but playing videogames also aided women significantly.

Does this mean that getting your girlfriend to play videogames isn't only a way for the two of you spend time together, but will actually make her a better person? Well, yes. Yes, it does.