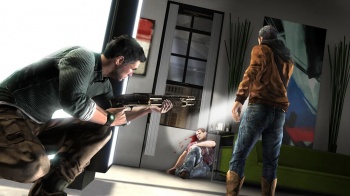 The annoyance of Ubisoft's "always online" DRM scheme is being patched out of past releases.

Gamers have struggled with DRM for what seems like an eternity, but never has the battle been more voracious than when Ubisoft revealed it would be requiring that PC titles remain online at all times lest they stop working. After less than a year, it looks like Ubisoft might be abandoning the scheme, or is at least patching it out of previous releases.

A user on Reddit pointed out that a recent patch released by Ubisoft has allowed both Assassin's Creed 2 and Splinter Cell: Conviction to work without the presence of an internet connection. The user posted screenshots along with his network status, which showed an unplugged network cable, yet the games were still operational.

Ubisoft also abandoned its new DRM scheme with the release of R.U.S.E. in September 2010, which used Steamworks instead. Though the company once indicated an intention to continue to use the "always online" DRM with every new PC release despite controversy, issues with its operation may have made Ubisoft reconsider.

Even if Ubisoft keeps requiring PC gamers to remain online with new titles, thankfully it's at least patching this DRM out of older games as a form of mercy. This could be a sign that Ubisoft's DRM is a thing of the past, or it could just mean that we should wait 9 months before buying certain Ubisoft games on the PC.

Thanks for the tip FROGGEman2!