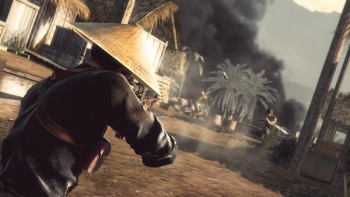 EA decides to start 2011 with a bang, and throws its own challenge out the window.

Players needed to perform 69 million team actions - which include things like spotting enemy troops, repairing vehicles, and resupplying allies - to unlock the map. Each platform had its own tally, and while the PC crowd was able to unlock the map in just eight days, the console gamers were lagging behind by a pretty hefty margin. But in a post on the official Battlefield blog, EA said that it wanted to start the New Year on a high note, and was unlocking the map for everyone.

This announcement has ruffled the feathers of a handful of PC gamers who feel like EA has cheated them in some way - although exactly how is a lot less clear - but it's great news for consoles gamers who get the map a little bit earlier than they would have otherwise.